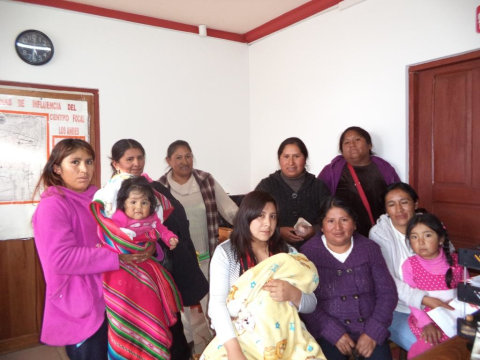 Nostalgia Group's loan finished fundraising, but these other borrowers need your support

A loan helped to buy clothes.

The “NOSTALGIA” communal bank is in its thirteenth cycle in Pro Mujer, as a part of the Los Andes center. It is made up of eight members and is led by a board of directors of which Erlinda is the president. The businesses the members have in the association are varied. Among them are selling food, selling cell phones, selling stationery, selling clothes, selling groceries, selling jewelry, and selling cosmetics. The loan they will take out will benefit the micro-businesswomen, including Erlinda. She says that she has been a member of Pro Mujer for three cycles. She joined at the invitation of a friend who is a member of the institution. Right now, she has a business selling clothes. She says that she learned this business from her aunt several years ago when she helped her in her business. Later she and her spouse decided to start their own independent business. The loan she will take out is to increase capital by buying clothes. She will acquire them in the wholesaler stores in the city of El Alto. Later she will sell them in her sales space. This type of work allows her to generate resources to support her family, since she is in a common law marriage and has four children. When asked what she likes about Pro Mujer, she says that she likes the punctuality in her communal bank.