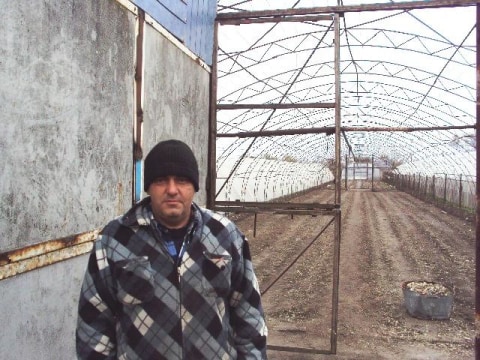 Sergei's loan finished fundraising, but these other borrowers need your support

A loan helped to install a heating system in his greenhouses.

Starting in his childhood, Sergei's parents worked to pass on their experience to him and to instill in him a love for the land. Today, Sergei and his family work together. He has large greenhouses where he raises tall-growing tomatoes. He has a son to whom he wants to pass on his knowledge, just like his parents did with him. Sergei's loans have helped him significantly with the development of his business. He has already used a loan through Kiva to upgrade his greenhouses. This year, Sergei wants to fulfill his dream to install a heating system. He already has the boiler, but he needs 30,000 hryvni (UAH) for hoses and other parts for the heating system. Sergei expects his income to increase substantially next year. But he is not about to rest on his laurels. Since he plans to buy another plot of land where he will build greenhouses, he is looking forward to working together again in the future.