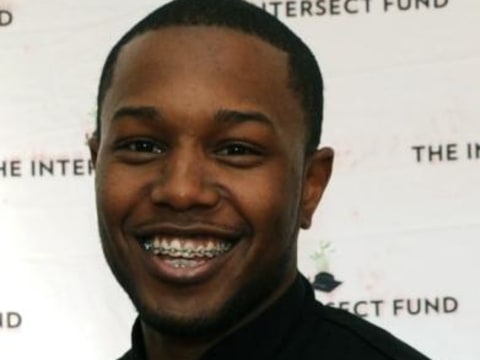 A loan helped To rebrand and renovate this young entrepreneur's cafe and catering business.

David, or “Chef D” as he is affectionately called, is truly a “jack of all trades.” A thriving entrepreneur, skilled chef, and champion for his community, Chef D embodies the idea of success, in all aspects of his life. Chef D’s extensive experience in the food industry, ranging from roles in management to product development, began with a little restaurant called the Heritage Internet Café that he co-owned with his father back in 2006. Later, Chef D managed a national restaurant chain, and was promoted to product development, leading the execution of three of the corporation’s popular menu concepts. In January 2011, after years of working in the corporate world and learning the ins and outs of the industry, Chef D decided he wanted to return to running his own business. In May of that year, Chef D opened “It’s a Wrap Café”, an innovative establishment offering healthy and affordable fare in his hometown of Plainfield, New Jersey. Now, Chef D’s catering business spans the New York, Pennsylvania, and New Jersey states. The first volume of his autobiography, aptly titled “Jack of All Trades: Mastered by One,” hits stores soon—as does an episode on Food Network featuring his restaurant and it’s noble work in the community during the devastation of Hurricane Sandy last year. As many who meet him will attest, Chef D is passionate about what he does, and what he does is provide value for his customers. He cares about people, and that is what sets It’s a Wrap and his other ventures apart from the competition. A graduate of Johnson and Wales University, Chef D is passionate and dynamic—the perfect personality for a business owner. He credits his childhood, when he would frequent banquet halls, as his inspiration for pursuing this career path. And that path involves big dreams. Looking forward, Chef D’s goals involve expanding the catering and retail side of the restaurant, and opening new storefront locations. A repeat borrower in good standing with the Intersect Fund, Chef D needs working capital to help to complete rebranding efforts and allow further expansion of the business. The funds from this loan will go toward creating a new logo for the company and renovating the current storefront location.