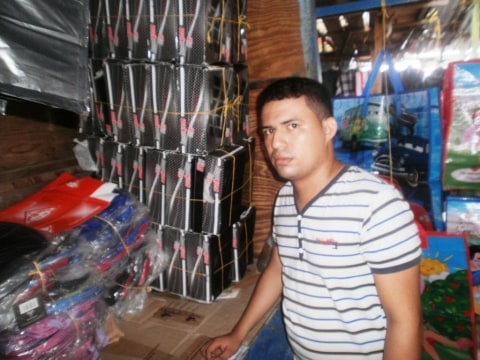 A loan helped to buy inventory.

Javier is 23 years old and has a business in the city center, where he sells luggage, school bags, leather cases, etc. He got this idea from his father, who has had a similar business for more than 15 years and Manuel helped him since age 13, so his father gave him his shop five years ago, which he now stocks with a variety of merchandise, and where his customers arrive to make their purchases. He makes his sales and purchases for cash and credit and has suppliers at a border town and in the city of Barranquilla. His future goals are to have a store so that he can sell greater volume and to have a home of his own where his wife and future children can live placidly. He is asking for a Kiva loan, his first through la Fundación Mario Santo Domingo, which he will use to buy suitcases, bags, leather cases, which will allow him to increase his inventory for the approaching holiday season, and increase his income. This is what he will do with his Kiva loan to be successful.