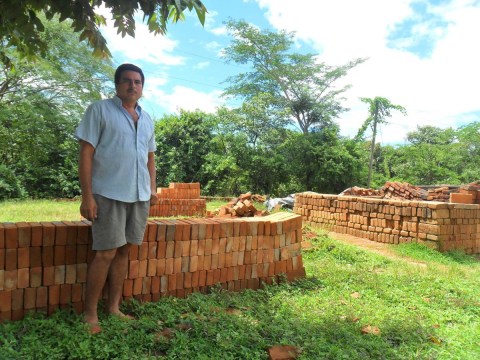 Luis Alberto is 41 years old, and is a single father who cares for his two children. He is originally from Sauce, in the north of the country. Sauce is known for its dairy products such as cheese, cream and curd. Luis is a responsible and hardworking individual with dreams of bettering himself. Every day, he gets up early, with a positive mindset, to go out and sell his merchandize and give it his all. Unfortunately, he was unable to finish his studies due to a lack of economic resources. Thanks to his hard work and desire to succeed, he works selling handicrafts such as clay pots, vases, wallets, clay kitchen sets, figurines, and clay bricks. He spends eight hours a day at his business, selling his products. The aim of the loan is to invest in working capital and stock his business buying and selling handicrafts, so that in the not so distant future he can make more profits. Luis is grateful for the help that Kiva lenders give to those with limited resources and poor countries such as Nicaragua to have a dignified way of earning a living.