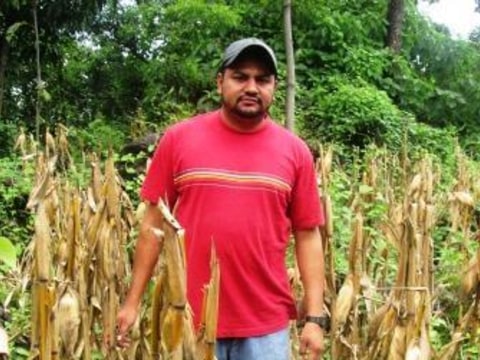 José Edwin's loan finished fundraising, but these other borrowers need your support

Jose is 28 years old, married, and has a sixth grade education. He works with livestock, and his wife is a homemaker. Jose lives with his parents and two of his siblings, who work in agriculture. He says that his wife and son, age 4, are dependent on him. Jose has worked with livestock for nine years, raising and fattening the animals he buys to later sell them. Jose learned the work from his father, and he says that he decided to work in this area because he could not find another way to support his family. He also works in agriculture. Jose is requesting this loan to buy two heifers. He says that the heifers will let him put the leftover harvest to good use, and that the milk they produce will improve his family’s diet. Jose says that his dream is to see his children study and choose a field that will let them have a good life. He also dreams of selling dairy products in his community in order to improve his income and help his family to have a better life.