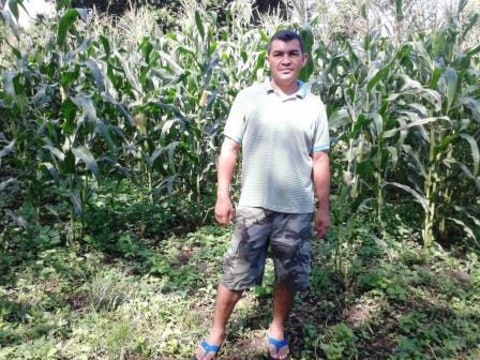 A loan helped to buy a lactating cow.

José, 37, only completed basic education. He has a spouse and his wife does domestic chores; he has a daughter with her but he’s fathered three children in total who are attending school. His little girl is the only one still not in school because she’s too young. Only he and his wife live at home. José works raising and fattening up cattle, he’s done so since he was 13-years-old having learned from his grandmother who did the same thing and would send him out to bring in the herd. To fatten up his cattle he takes them to pasture at 6am and brings them back at 6pm so he travels distances between 10 and 5 kilometers on foot to take them and bring them back every day. He also works as a city councilman. The loan he’s asking for is to buy a lactating cow to supply himself with milk and not have to buy it any longer. With this he hopes to have a business because he likes caring for her very much, to fatten her up and sell her at a good price to earn profits. He hopes to keep the baby calf as profit to raise and increase his herd size. The loan will make it easier for him to buy a quality cow at a good price and he hopes this business will yield him a good profit margin.