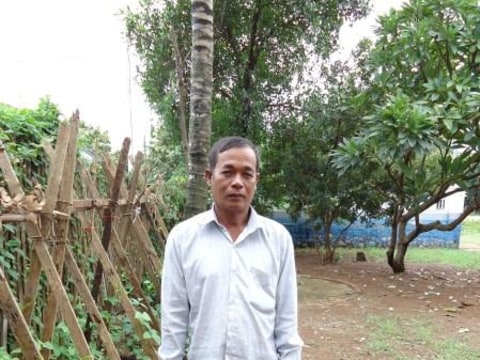 A loan helped To pay for his son's tuition.

Savan is a 55-year-old father of nine children. Nowadays, he resides in Ratanak Mondul district of Battambang province where he grows maize and rice as the main source of income to support his entire family. Savan is a fourth-time borrower with VisionFund (Kiva’s partner). He has succeeded in repaying his previous loans wisely. The loans supported his business and allowed him to stabilize his living conditions better than before. Savan is now requesting another loan from VisionFund. For this cycle, he wants to focus on his son, who wants to become a doctor. Savan will use the entire loan to pay for tuition for his son. He hopes that his son will get a job after graduating.