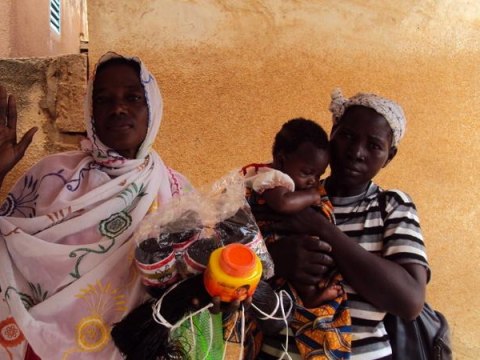 A loan helped to buy 30 packets of locks of hair, 60 boxes of cream and three dozen ringlets.

Mrs. Yamba, who is known as Fatimata, is the leader of the Kamboinse Bonswende group. She is married with six children. The oldest is 27 and the youngest seven. Two of them go to school. She has three people who are dependent on her. Mrs. Yamba has been selling beauty products for eight years. She buys her stock in Sankar Yaar. Her customers are women and young girls. She would like to buy 30 packets of locks of hair, 60 packets of cream, and three dozen ringlets. She wants to reinvest her profits in her business. She hopes to open a bigger shop and to take better care of her family.