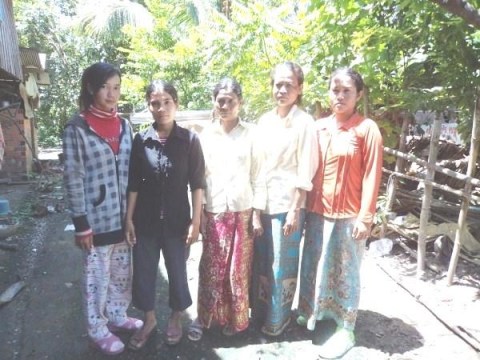 A loan helped To buy rice seeds and fertilizer for her crops.

Originally from a rural area located in Sangke district of Battambang province, Savat is married and a 26-year-old mother of four dependent children. Three of them are in school while another one is too young for school. Her major source of income is rice farming. She has been earning money through this business for several years and earns about 40,600 KHR per day. Savat has been with VisionFund six times and completely repaid all her past loans with success. The positive result from her past loans has enabled her to improve her living conditions and keep her children in school. Now she has formed a group of five borrowers to get a new loan. The total amount of the entire group loan is 4,500,000 KHR. As the leader, Savat will use her loan portion to buy rice seeds and fertilizer for her crops, and she will spend some portion of her loan to pay for transplanting fees. She hopes to increase her income to expand her business so she can improve her family's lifestyle.