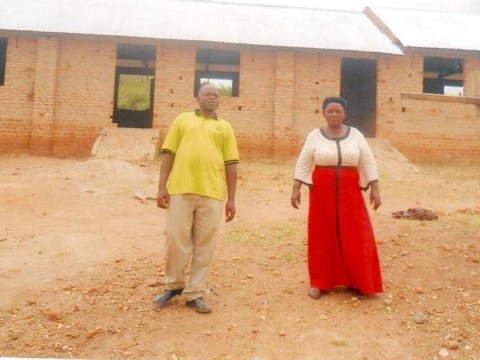 A loan helped To buy building materials to complete a small nursery school.

Yusuf is a permanent resident of rural Sanga in the Kiruhura district; he is married, with seven children and two dependants from his late sister. He grew up with only his mother, as his father died when he was young. Because of the need to survive and to support his mother, he started banana farming on a small scale on the land he got from his grandfather. This banana plantation was used as a source of food for the family, and income for their survival. This business has grown, giving him an opportunity to start a small nursery school in a nearby trading centre to support his family and to fill the need for education in his community. He has managed to construct a three room classroom, which he has failed to complete and that is why he is requesting a loan of UGX 5,000,000 to complete the classrooms. In the photo is Yusuf with his wife.