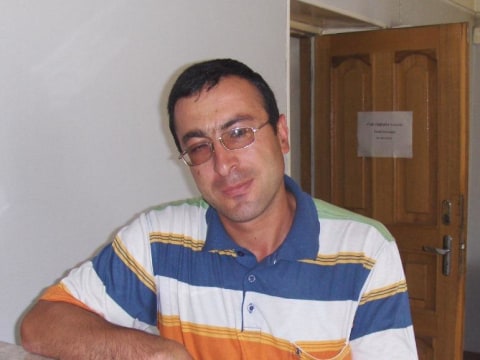 A loan helped to pay for some health treatment.

Garik lives in the village Ddmanshen in Gegharkunik region. He is married and has two children. He lives with his mother, wife and children. His mother works at the local school as a teacher of mathematics. His wife also has a specialty as a teacher, but now she does not work and she takes care of their children. Garik has a higher education as a lawyer and now he works at the municipality as the secretary of the staff. At the same time, Garik is engaged in farming and agriculture. He tends three cows, three calves, two piglets, twelve sheep, forty chickens and ten beehives. He also cultivates potatoes on his plot of land. He sells all of his farm products in fruit markets in his living region. Garik is not a new client for Nor Horizon and this time he has decided to have a deal with Kiva. He asks a loan of 650,000 Armenian drams since he urgently needs some money for some health treatment.