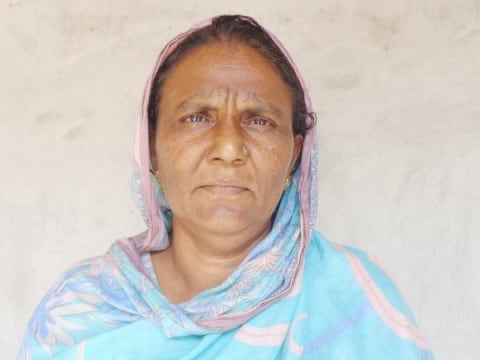 Nasreen's loan finished fundraising, but these other borrowers need your support

Nasreen is a 54-year-old married woman, living in the area of Lahore, Pakistan, with her spouse and eight children. She wants to take out a loan to support her elder son; her son has been doing a job as a salesman since 2008. His daily practice was to take inventory items such as Rusks, cakes, cookies, 'bubbles', chocolates, etc., from wholesalers and deliver them to retailers on a bike. One year ago he got into a road accident with his bike and his one leg was fractured. Temporarily he is doing a job as an accountant in a pizza company but getting a very low salary. Now, his injury has approximately recovered and he wants to start his salesman business again but he does not have savings. Nasreen requested a loan so that her son could start up his salesman business again. She hopes that her son will easily establish his business again and contribute to household expenses as he did earlier. Nasreen is very thankful to Kiva and its field partner BRAC Pakistan.