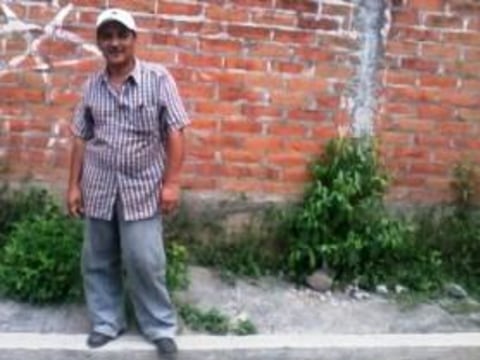 Jorge, 55, is married with a son. He’s an electrician by profession. He has 20 years’ experience having learned from his father. He was motivated by what his father did and gradually got into this activity full-time to such an extent that he was unable to go to school. His father didn’t give much importance to schooling. Therefore, his experience in the activity he does is his and his family’s source of support. The loan he’s asking Fundación Campo for is to buy electrical supplies like: cables, sockets, plugs, switch boxes and assorted light bulbs because he gets big contracts and needs to invest large amounts so he believes the loan will be very beneficial. He states that the biggest need that will be met will be being able to count on economic resources to buy all the materials at once so that he doesn’t have to be traveling often to the city and also by purchasing in larger amounts he will be able to opt for better prices for the products. He wants to expand his client base because there are projects available he’s been unable to do for lack of economic resources.