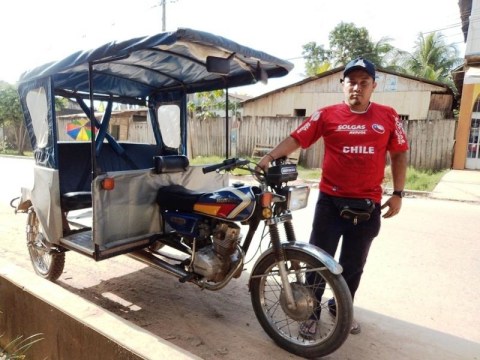 Jhim's loan finished fundraising, but these other borrowers need your support

A loan helped to buy parts to fix his moto-taxi.

Jhim is 35 years old, married, and lives with his wife and their three children. Jhim works transporting passengers in the city where he lives with his moto-taxi. This job has provided him with many benefits, especially the ability to maintain the economic stability of his home. Thanks to his hard work and effort, he has been able to purchase two vehicles which he rents out daily. He began this business over 10 years ago when he purchased his first moto-taxi which he drove. Now, he would like to buy an additional vehicle, in order to continue to provide employment opportunities to others. Currently, Jhim is asking for a loan of S/. 1,000. He is very grateful for the economic support he has received from those whose support will enable him to meet his goals. He promises to be punctual with all loan repayments and responsibilities. With the loan that he is asking for, Jhim will buy parts to fix one of his moto-taxis, which currently requires a number of improvements.