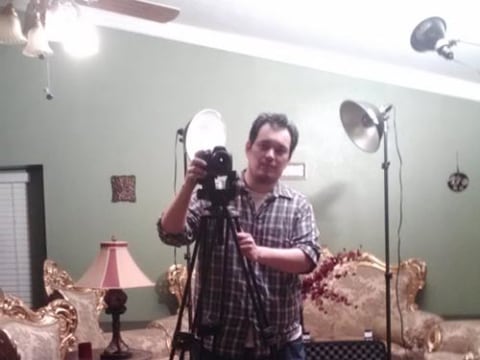 Anthony's loan finished fundraising, but these other borrowers need your support

A loan helped to update equipment.

Creating comedy and drama films out of the greater Dallas area, Anthony is a director with multiple upcoming projects and five complete films. When he’s not filming creatively, Anthony offers free filming to local businesses as a way to market himself and the other business on YouTube. But to keep the reel moving, Anthony decided to apply for an Accion Texas Inc. loan and upgrade his equipment and continue producing his nine upcoming films and bid on advertising contracts. Since his approval for his Accion loan, Anthony is now able to compete against other filmmakers and was awarded a contract to work with the Baylor Hospital. His business, Good Luck Pictures, has participated in multiple film festivals, such as the Bare Bones Film Festival in Oklahoma. His website has a full list of upcoming films. View it to find Anthony’s range of style: http://www.goodluckpictures.com/.