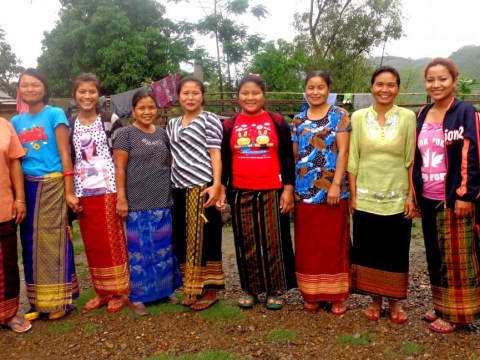 Chullou Shg Group's loan finished fundraising, but these other borrowers need your support

A loan helped To purchase chicks, raise them and start a poultry farm.

Chullou SHG group comprises 10 die-hard tribal women from a village which is about 40 kms away from the main city of Imphal, which is one of the capital cities in the North-Eastern states of India.The group also show tireless efforts in their own special way to generate income for the family. Phalpi is the one of the group members and she is the featured borrower. She is pictured with raised hand. Her husband is a driver and managing the family's livelihood was difficult with three grown-up kids, who are already pursuing their graduation courses at Government College. She found a way to supplement the family income and joined Chullou SHG. She accessed a loan and started a piggery. Phalpi has been in the pig-selling business for more than a couple of years now. She initially purchased piglets and raised them. When the pigs were fully grown, she sold them in the village and in nearby villages. With the profit, she bought more piglets which include female piglets and male piglets, too. When they were grown, she usually lets them mate and produce offspring. The offspring are also sold and some are left to be raised. She was doing a good business with her piggery and also manages the house in the absence of her husband. With the success she had with the piggery, she is now planning to start a poultry farm. With the Kiva loan, she will purchase chicks and ducklings and start poultry-raising at the back of their house. She dreams of owning the biggest poultry business in the village and also says, she will try her best to make her dreams come true. She thanked WSDS and Kiva and says “God bless both Kiva and WSDS”. The rest of the group members are also engaged in piggery, poultry and vegetable-selling businesses.