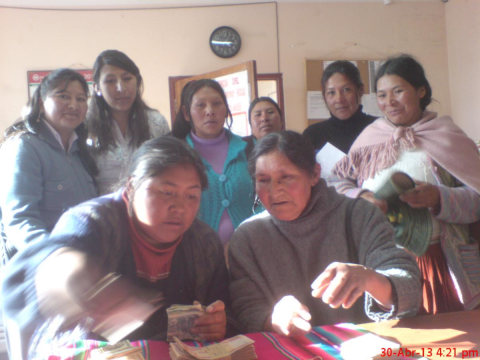 Claveles Group's loan finished fundraising, but these other borrowers need your support

A loan helped To buy clothes.

“Claveles” (Carnations) is a Communal Bank that will start its fourteenth cycle with Pro Mujer as part of the Los Andes Community Center. It is composed of eight members, guided by a directive board presided over by Gladys. The members of the Communal Bank engage in different activities, such as selling cosmetics, running a grocery store, selling fabric, selling soft drinks, selling clothes, selling bread, creating sportswear, selling iron and producing macramé blankets. Gladys is one of the micro entrepreneurs forming this group, and she will benefit from the requested loan. She says this is the sixth cycle she has been working with Pro Mujer, and that she had been invited by a friend who is a member of the institution. She is currently running a clothes shop, and she says she has started this activity out of her own initiative tanks to the first loan she has received form Pro Mujer. The loan she is now requesting will be used to increase her working capital by buying clothes at wholesale price in the fairs of the town of La Paz, to then sell them in her stall. This type of activity helps her earning an income to economically support her household as much as she can, as she is single and she has three children. When asked about what she likes of Pro Mujer, she answers that she likes the loan, the seminars and the health program.