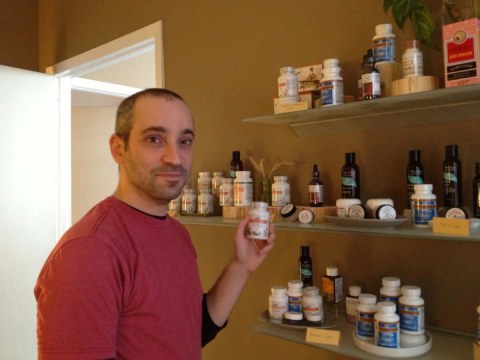 Rob's loan finished fundraising, but these other borrowers need your support

A loan helped to become an insurance-based acupuncture service.

This loan will help Rob to be able to offer insurance for his acupuncture services. As a young adult, Rob was diagnosed with psoriatic arthritis, an immune disorder. At the time of his diagnosis, drug options were very limited and he began looking for other medical alternatives. When he discovered acupuncture, Rob was enamored by the healing qualities of the treatment. But when his insurance coverage ran out and he could no longer receive treatment, he arrived at two conclusions: first, that he wanted to return to school to study acupuncture; and second, that he was going to develop a business model that would offer affordable acupuncture treatment to individuals who don’t have health insurance. In 2008, Rob began his own business, City Acupuncture. In addition to offering acupuncture treatments, his company also offers massages and sells herbal teas and remedies. Over the next five years, Rob’s business grew and he now employs eight staff and has since performed over 50,000 sessions. However, located in the Wall Street area of New York City, Rob’s business lost power when Hurricane Sandy hit in October 2012. Rob was forced to close his business until the electricity was restored and, even after reopening, many of Rob’s clients were unable to afford or attend their appointments during the aftermath of the storm. After Sandy, Rob realized the importance of offering acupuncture insurance to his clients. This loan will allow Rob to cover the capital costs of becoming an insurance-based business so that he can offer his services to more clients. For more information on Rob’s business, visit: http://www.cityacu.net/