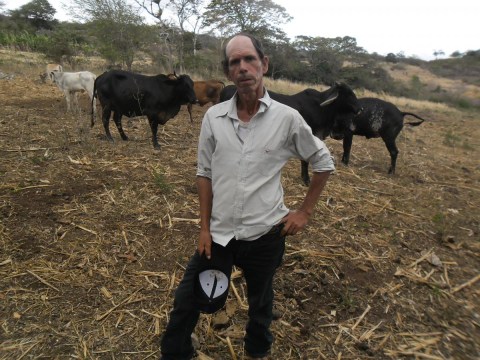 A loan helped to buy manure, fertilizer, and one fumigation bomb.

Sixto, 56 years old, is an inhabitant from the La Joya region, in the suburbs of Teustepe. He is married and the father of nine children. He is a farmer who sows corn and beans. He has cultivated basic grains since he was very small. He became independent at 22 years old when he married. He began to sow using his own methods. Currently, his oldest children work together on the sowing. He sells his harvest on the side of the highway and in the same region in which he lives. Part of the land where he sows is rented. He needs the funding to buy manure, fertilizer, and a fumigation bomb to avoid the propagation of pests. His future plans include the desire to buy livestock for the production of milk and to sell recently-calved cows. His major motivation is to be able to give to his family a better quality of life.