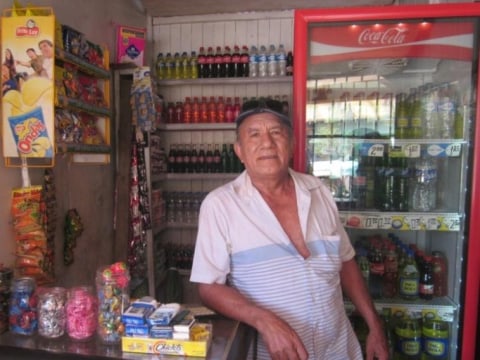 Jose's loan finished fundraising, but these other borrowers need your support

A loan helped to stock his store.

Jose is 62 years old and is a very friendly and simple man. He is married to 60 year old Sarela, with whom he shares his home, which he built on land that he and his wife bought together. He is a father of one adult daughter who he educated and raised. He currently lives with his wife, his daughter and her husband, and one grandson. They all contribute toward the household expenses. Jose sells cold carbonated soft drinks of different brands and flavors. He also sells various types of snacks. To do this he has a small shop that he set up in his home. Having seen his neighbors’ and transients’ needs, he looked for a way to generate an income, so he opened this shop where his wife happily serves customers. He also provides transportation services with his car. He began his selling business more than a year ago, became known among his neighbors, and won regular customers. He considers his business to be profitable because he has steady customers who always buy from him. He likes what he does because it lets him count on an income and also leaves him time to do transportation, which generates other income with which he supports his wife and other household expenses. Therefore he plans to increase his stock of products and diversify so he can welcome more customers. This will be his sixth loan through MFP and he is very happy to know that he will have financial backing and feels more comfortable advancing with his work. He also promises to be on time with his payments as with previous loans. He is also happy to be part of his communal bank because all the members are responsible and united. He will use the 2,000 PEN from this loan to buy carbonated drinks and snacks. He is looking for volume prices so he can be more competitive in prices and have better sales.