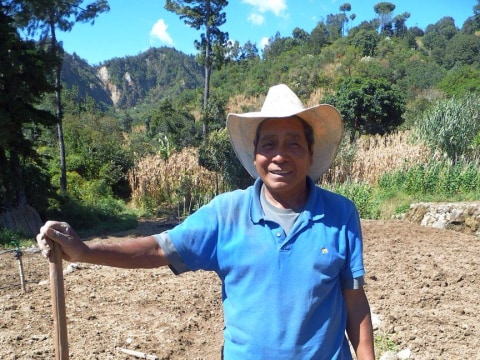 A loan helped to buy potato seeds and fertilizers to cultivate his crops.

Pedro is farmer who is 67 years old. He is married and lives in Sololá. He has five children and four of them are married and he has a son who helps him in the fields. He works growing onions and potatoes on plots that are a few meters from his home. He learned from his father from a very early age because he helped him in the fields and this is his main work today. He began to work his own crops at the age of 15. He saw that he had the ability and possibility of working alone to get good profits growing these vegetables. This is why he is asking for 3,200 quetzales so he can buy potato seeds and fertilizer for cultivation and harvesting, improving the family income. His dream is to expand his cultivation to other plots to generate better earnings for his family.