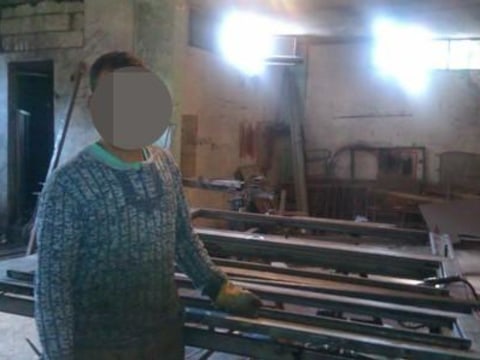 Abbas's loan finished fundraising, but these other borrowers need your support

A loan helped to purchase needed metal supplies for his blacksmith business.

Abbas is a 31 year old Lebanese man. He’s single, living with his parents and five siblings. Two of them are assisting with the family expenses in addition to the father their main source of income. As for Abbas, he has been working as a black smith many years ago. He learned this profession from his father who has the same occupation, and doing the best he can to better improve and develop himself. Despite his tough work tasks, and in order to better support his father, Abbas works really hard and nonstop. And as he wants to enlarge his business and grow his work as well, he decided to take a loan from Kiva partner Ameen s.a.l to purchase the needed metal supplies and carry on his work in a proper way. He is very thankful for what god has given him and wishes to live a better and respectable life.