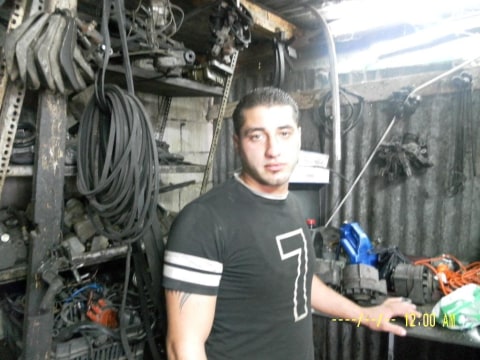 Rabih's loan finished fundraising, but these other borrowers need your support

A loan helped To buy a special car scanner necessary to his business, and to fix the floor next to his shop.

Rabih is a 23-year-old single man. He works as a car mechanic since 2001. In 2005 he started his own business to improve his income and living. He is applying for a YOUTH LOAN from Kiva's partner Al Majmoua, in order to buy a special car scanner necessary to his business, and to fix the floor next to his shop. Rabih is a hard worker, who puts so much effort on improving and developing his business in a well managed way. Rabih has been an Al Majmoua borrower for two consecutive cycles, his previous loan as he describes helped him a lot. He was able to put a big tent in front of the shop and expanded his working area to facilitate his work. In addition to his mechanical work, he also sells spare parts and used engines to make more profit and increase his income. He hopes to move to a bigger place in the future and expects more customers.