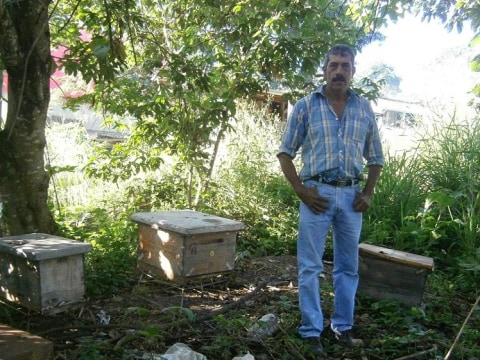 Adolfo's loan finished fundraising, but these other borrowers need your support

A loan helped to hire workers for his coffee farm.

Adolfo is married to Ofelia and they have 10 children. His entire family is involved in coffee production and he has been in this line of work for more than 30 years. Adolfo’s wife is in charge of the household duties. His children are grown and some of them are married. They work with Adolfo in the fields.

He learned everything about growing coffee by working alongside his father. Now he passes on his knowledge to his own children. For the next harvest, Adolfo is requesting a loan so that he can hire workers. Even though he has a large family, there is too much work for them to handle. Adolfo has a plot of land that needs to be replanted with coffee since the current crop has completed its productive life cycle. In addition, Adolfo and his family have planted 500 lemon trees and three hectares of sugar cane. When he is not working in the fields, Adolfo enjoys making improvements to his home since some of his children still live there. A few months ago his youngest grandchild was born.