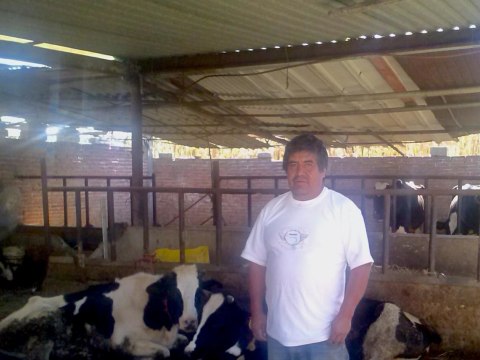 Adán's loan finished fundraising, but these other borrowers need your support

Adán has a small farm in a small town in Tlaxcala and makes his living on the cheese, maize, beans, oatmeal, and barley he produces. Like all small farmers, Adán is in touch with the environment and wants to stop using firewood. In his words, “We should leave the trees in peace.” With his 10 cubic meter Sistema Biobolsa biodigester, Adán will completely eliminate his firewood use and will likely displace non-renewable LP gas use on his farm and in his home, too. Adán is also excited to use the organic fertilizer produced by the system on his oatmeal, barley, beans, maize, and alfalfa. This Kiva loan represents 46% of the total cost of his Sistema Biobolsa biodigester.