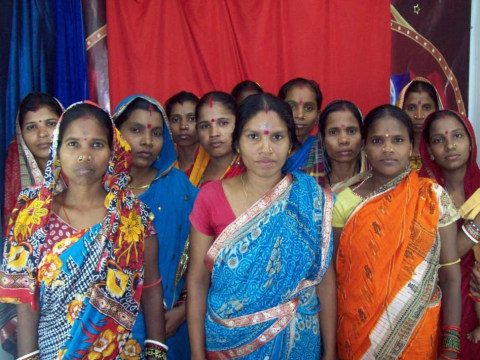 Maa Narayani Self Help Group's loan finished fundraising, but these other borrowers need your support

A loan helped to pay for purchasing a storage box to keep fish and a fishing net.

Surjymani is 37 years old, living with her husband and four children who are studying in school. She is engaged in the activity of selling dried and fresh fish in the market which is two kilometres away from her village. Her husband catches fish from the Chilika lake which is near their village (Chilika is a famous lake in Odisha known for its migratory birds). The demand for fish in the region is very high as it is consumed by most of the people. Surjymani makes dried fish by keeping the fish in sunlight until all water in them gets evaporated which preserves them for future use (like when fish are not available in the market, in the rainy season). Dried fish is also used as a supplement to fresh fish. Surjymani is requesting a loan to buy a cool storing box for keeping fish, a fishing net and other insecticides to prevent fish from decaying for her fishery business. She says that this will help her in strengthening the business and responding to client demand. This group is made up of neighbours and friends who formed the group Narayani Self Help Group (SHG). The members of the group have selected Surjymani as their president. The lady standing in the middle wearing blue in the photo is Surjymani. The common goal of the group is to expand their business activity.