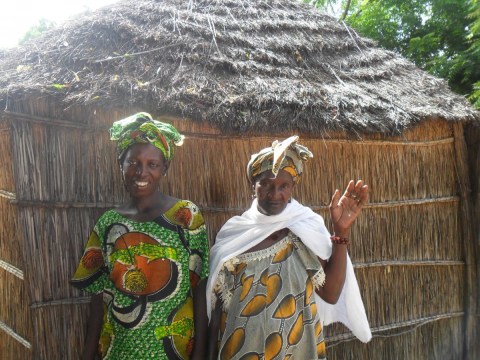 Fatou Pathe's Group's loan finished fundraising, but these other borrowers need your support

A loan helped to buy merchandise such as biscuits, candy, onions and peppers to resell retail in her canteen.

These two women are part of the large group of "Banc Villageois" which was created on December 13, 2008. They live in the same village and practice the same business which is shopkeeping. Standing to the right of the photo, Fatou is the featured borrower and is 60 years old. She is a widow and mother to 8 children of whom 4 are boys. With the loan she received, she is going to buy a package of biscuits at 2,000 frs, a package of candy at 400 frs, a kg of pepper at 200 frs, and a kg of onions at 500 frs. Upon reselling she makes a profit of 500 frs for the candy, and 700 frs for the rest. The profits will be used to buy cattle to raise and later resell for the needs of the family.