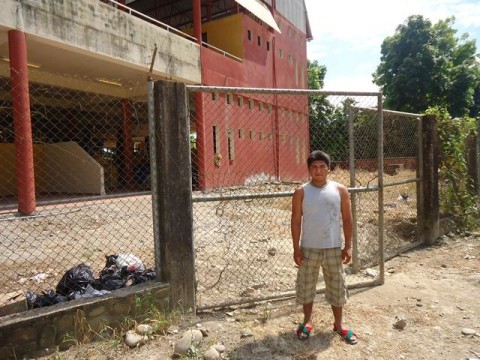 A loan helped to purchase a motorcycle so that he can travel to his jobs as an electrician.

Sr. Dennis is 19 years old and lives in the District of Los Jazmines in the town of Chimoré, Department of Cochabamba. He is an electrician who learned the trade from his brother, who learned it from their father. Dennis is now independent and has the drive to succeed. He is a modest, friendly, and selfless individual who was always used to working on a farm. Since he is single, Dennis has opportunities to travel to other regions but he prefers to remain in the tropics since he is accustomed to the climate.

Dennis endured much at an early age when his family was separated. When he was barely 12 years old, he began working as an assistant, setting up electrical poles. He experienced many moments of pain and anguish since he was abused at work and taken advantage of because of his innocence. Over time, he became stronger and knowledgeable in all parts of his job. Dennis now has a sense of fairness and teaches young people how to motivate themselves so that they do not have to suffer in the same manner that he had.

He is requesting a loan in order to buy a motorcycle so that he can improve his service as an electrician. This will allow him to travel without having to pay more for transportation services in order to get to his destination. Dennis dreams of using his savings to build a few rooms on his property. He would also like to start a family that he can sustain.