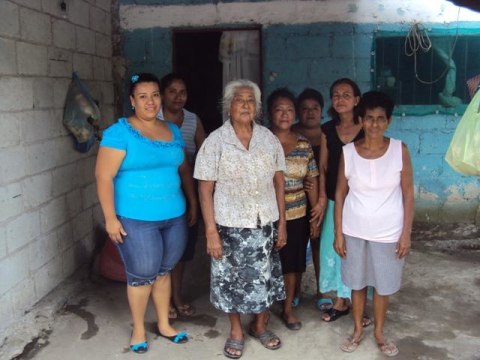 Las Dalias Group's loan finished fundraising, but these other borrowers need your support

A loan helped to buy a variety of fruits and vegetables.

Tania is another of the members of Las Dalias group. She is 19 years old, is single and only studied at a single school. Tania says that when she was very little her mother taught her to work selling fruit and vegetables since in her family they have been doing this for more than 15 years. She says that when she finished her studies she had to look for a job so that she could contribute toward household expenses and she says that with her mother they decided to set up a small fruit stand along the main road, in which they sell not only fruit but also make and sell cocktails, juices and honey. She already has had a number of years running her business and it is going very well since she has increased the number of customers and she always tries to stock her stand with seasonal fruit, which help increase her sales. Tania says that she sells more during the season of zafra (when the indigenous people produce sugar) in order to make a little more money. A credit from VisionFund will give Tania the opportunity to buy a variety of seasonal fruit such as watermelon, melon, pineapples, papaya, bananas, oranges and mandarines. She hopes that with this investment her business will continue to grow and she will be able to offer her mother and siblings a better quality of life. El Grupo Las Dalia appreciates the support that they are getting through these loans. The other members of the group are: Fabiola, who sells cosmetics Marcela, who sells tamales Imelda, who sells food and jellies Nieves, who makes and sells bread Rosa María, who sells footwear Jova, who sells footwear María del Carmen, who sells refreshments