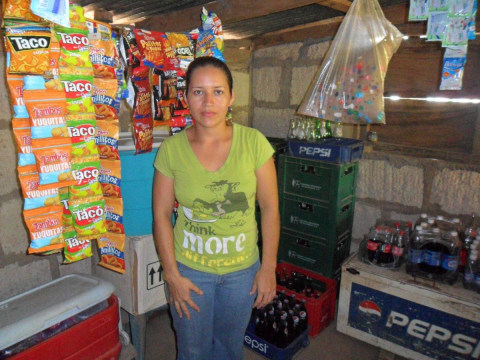 Norma Lucia's loan finished fundraising, but these other borrowers need your support

Norma Lucia is 27 years old and a single mom of a 2 year old son. She is from the city of Malpaisillo which is located in the northern part of the León Department. She has been working in a grocery located in her home for a year now. Before this business she used to sell merchandise such as clothes, cosmetics, and shoes. She changed jobs and decided to work from home since she did not have anyone to look after her son. Norma Lucia has requested previous loans and has demonstrated responsibility by paying them back in a timely manner. She will use the loan to stock up her grocery store with groceries such as: sugar, rice, bean, oil, candy, eggs, milk, carbonated drinks, juices, and matches. A grocery store sells products at retail prices in small amounts. Norma Lucia is thankful for the help that Kiva lenders have offered to people with scarce resources in third world countries such as Nicaragua.