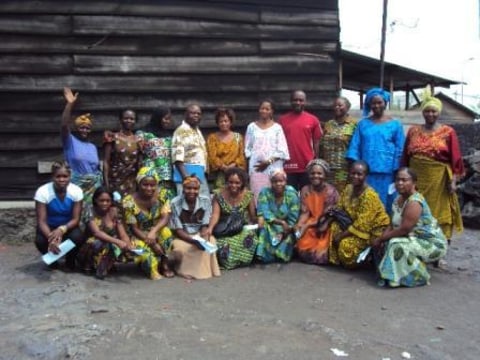 A loan helped to purchase potatoes to sell.

This client, Matiko, is the leader of the group "Amkeni". She is an entrepreneur, 57 years old, married, and the mother of seven children, all in school and some already with their own homes. Matiko sells potatoes. Her husband is a former soldier who is now retired. Matiko sets up her merchandise at the Virunga central market. In addition, she sells cell phone minutes out of her home. For fifteen years, she has been working at small revenue-generating businesses of these types. However, she got her initial capital from a tontine started by the wives of soldiers in the camp. Later on, she received a small commission from the sale of a plot of land. This new loan must server to supply her with 4 sacks of potatoes to sell. Her ambition is to educated her children and to build a house for them. This client thanks Hekima for its actions in favor of poor women who are not eligible for banks.