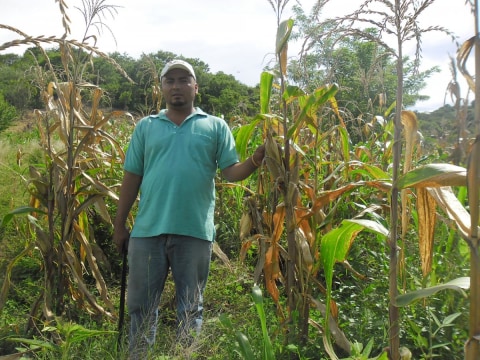 A loan helped to buy seeds and to pay for the labor necessary to plant corn and beans.

Wilmer is a farmer. He did not go far in school and only completed the 4th grade. He has two daughters, ages 12 and 7, who are in school. They hope to become professionals one day. Wilmer lives in the Tierra Colorada community in Teustepe. When he was 12, his father taught him how to farm. What they grew was partly for the family to consume and partly to sell. When he grew up and was on his own, he would work part of the year on farms in Costa Rica and the other part of the year in his own community. Wilmer is requesting a loan to buy seeds and to pay for the labor necessary to plant corn and beans. He hopes to increase his production and would eventually like to buy and sell livestock and raise calves.