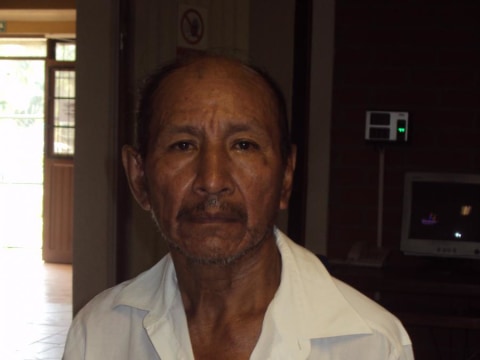 A loan helped to purchase tools and do maintenance on the tools he currently uses for fishing.

Various people who live near Hernan said he is a very hard working person. He has been separated from his wife for the last six years. He is currently single. For the past two years he has been working in Puerto Villarroel. He earns an income by fishing. He has a small fishing boat with an outboard motor, which he bought secondhand. He wakes up very early in the morning, to go up river, where he is able to catch the best fish and later sells them in town. He lives with his two sons, but it should be noted that his sons are both married and independent. He is very happy to be living with his grand children, but he works hard to be able to provide a better quality of life to his family. He needs to make improvements to his work tools, which will allow him to catch more fish.