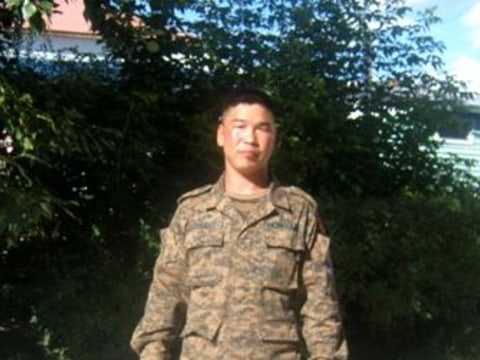 A loan helped To build brick fence on his land plot.

Mr. Chinbat, 26 years old, is an army man, a first-sergeant. For seven years he has been a military man; he joined the army just after he graduated from his high school. Currently he lives with his wife and their two sons in an apartment rented from his work. Recently he acquired a small land plot in the ger district, an area of Mongolian traditional yurts and houses in Darkhan, the second largest city in Mongolia. He said it is very important to start his own holdings. Now he is requesting a loan to build a brick fence on his land plot.