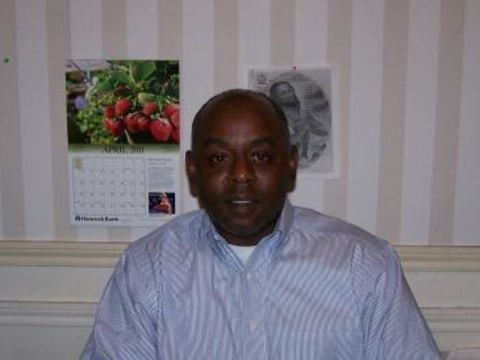 A loan helped to pay for a marketing campaign.

A returning client of Accion Texas Inc., Jeffrey applied for a secondary loan to develop a website for his hometown business, NuVision Properties LLC, in Baton Rouge. He began his business in Feb. 2008. Jeffrey describes NuVision as an investment company because, within his business, he takes under-performing apartment complexes and makes them profitable again. Jeffrey’s job is to find what the problems are and fix them. He said the majority of the time, a major problem is that a complex owner is new and does not fully understand how to run a business, therefore, tenants may take advantage of the situation. However, Jeffrey is experienced in his field as he previously worked with foreclosed homes. Jeffrey learned how to successfully make under-performing establishments into profitable places through a combination of self study, a mentor and some trial and error. The father of three decided to become an entrepreneur to have more time for his family and ability to create his own schedule. Before working with his management company, he worked with an aircraft company in Los Angeles along with an apartment builder who Jeffrey began networking with to learn how the business works. Jeffrey also had a friend who was an established real estate broker and advised him throughout the beginning of his new business. Currently Jeffrey works alone and has not been able to successfully bid on an establishment so he works with partners who are in charge of placing the cash down payment to secure a bid. When the bid is confirmed, the partner will then receive a percentage of Jeffrey’s profits. Their responsibility is providing the funds. Thereafter, Jeffrey reviews the building, fixes any problems that need to be fixed and offers financial management. “Our partnerships are just to secure a bid. They don’t have to do anything else,” he said. With the help of his partners, Jeffrey manages four buildings. The website Jeffrey is in the process of building will list potential properties and make it easier to obtain partners. It will list new projects and give an overview of what the project entails, and the amount needed to become a part of the partnership. It will be a couple of months until his website goes live, but Jeffrey has secured the site page at www.nuvisionprops.com.