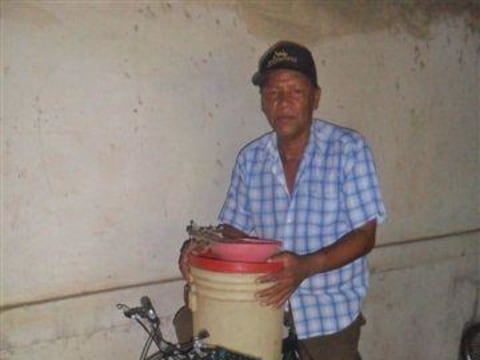 Juan Jose's loan finished fundraising, but these other borrowers need your support

A loan helped to buy an assortment of cheeses.

Juan José, 54 years old, married, with two children who are minors, has a business selling cheese, in which he has made a living for four years. He began with the help of a brother and money that his wife sent to him because she left to work outside of the country due to the economic crisis that they were going through. The cheese he distributes as a traveling vendor to a local store in town and to the market merchants that are his regular and prospective customers. Like others, he has put forward goals and objectives such as to finish educating his children as they are students and to finish making improvements to his house. He needs the financing in order to buy the different types of cheeses to satisfy the demands of his clients, such as: smoked cheeses, roasted cheeses, cream cheeses, fresh (soft) cheeses, hard (aged) cheeses, butters, cheese for 'quesillos' (a tortilla filled with a type of soft cheese) and curds, among others.