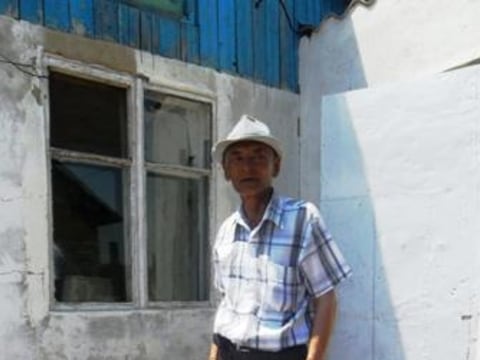 A loan helped To cover the cost of new double-glazed windows for his daughter’s house.

Mr. Beezandan, 57, works as a watchman in a primary school. Before this, he used to work as a driver. All of his children moved out from their parent’s house. Now he lives with his wife and nephew in Kherlen, an eastern boundary town in Mongolia. One of his daughters lives in Ulaanbaatar, the capital city of Mongolia. Recently, his daughter purchased a plot of land and an old house in the 'ger' district (ger is a Mongolian nomadic tent). The house needed a complete renovation or repair. Especially, she is planning to replace its windows to double-glazed ones first due to too much heat loss and emissions through the old ones. But she lacks money to cover the cost of new windows. Her father Beezandan decided to help his daughter to repair her home. She believes her house will become warmer and the cost of coal will be cut notably. Although Mongolia has the lowest population density in the world, it is one of the most polluted countries in the world. This is due to the long and cold winters where temperatures frequently go below -40C (-40F) even in the cities. Also, in winter, many parts of the country are extremely cold and are known to have snow storms. Both homes and nomadic tents burn a lot of fuel and emit huge amounts of pollution every night from families just trying to stay warm. As well, the extremely toxic smoke from the cars is a main reason of Mongolia's air pollution. In response to this, Credit Mongol offers Green Loans to their clients to make home improvements that reduce heat loss, improve heating systems and to buy the cars running on natural gas. The loan Beezandan is taking will be used to cover the cost of the new double-glazed windows for his daughter’s house.