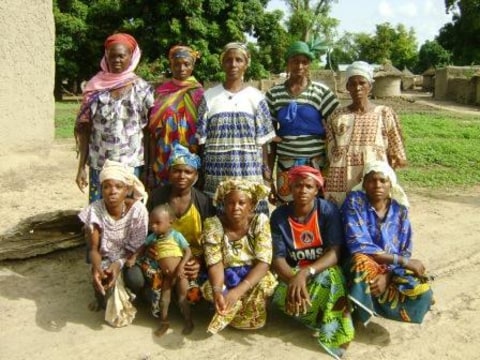 Benkadi I Group's loan finished fundraising, but these other borrowers need your support

The ten members of the group "BENKADI I" are married women who average 33 years of age and five children each. They live for the most part in polygamous families in Bantonan, a village in Rural Commune of Banco, Prefecture of Dioïla, Region of Koulikoro. The women are collaborating with the microfinance institution Soro Yiriwaso with the goal of being able to organize their work better at the start of the rainy season. The crops grown include rice, peanuts, and beans. They are on their second collaboration with the institution. With this new loan, ADIARRA, who is the first person sitting from the right, plans on buying farm inputs and sundry equipment and paying for plowing to maintain about 0.5 hectare of rice and of beans. After the harvests, the produce is sold in the cities of Banco, N’Golobougou, and Dioïla to a customer base composed of men and women. ADIARRA plans on making an average profit of about 75,000 francs CFA per planting.