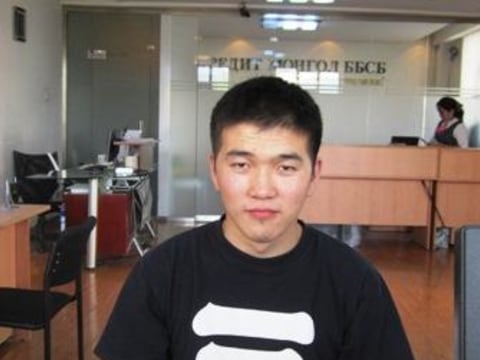 A loan helped To cover the remaining cost of his purchased car.

Purevdorj is 22 years old, a young father who is trying to build a life. His wife is a student. He has been working in an auto service called “Sky” as a serviceman since this January. He works from 10 a.m. to 9 p.m. and has just one day off each week. When he accomplishes his work well, he is rewarded by 10 percent of his salary as an encouragement. Just a year ago he became a father, and now he should increase his income in order to rear their child. This time he is requesting a loan to cover the remaining cost of his purchased car. He will use his second-hand car as a taxi beyond his job.