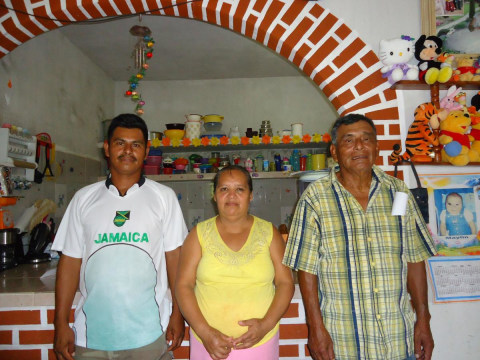 A loan helped to pay for the purchase of cattle.

This is a new group called El Arroyo which is made up of three people who live in a place called Luis Espinoza. Gabriel lives in a common law marriage with Flor Magnolia, mother of his 2 children: Marily and Gabriel. He sought the loan to invest in the purchase and sale of cattle, an activity in which he has been working for 4 years and a half. He mentions that this business has been going well for him as he has been supporting his small family with the profits. Gabriel started this activity as he had some savings and he decided to make his money work to make it increase a bit more, along with the support of his wife who makes her living making cakes. What he wants the most that with this activity and the loan, is to continue working and in that way give his children who are growing what they need most. The people who make up the group are: Esaú, who will invest in his business selling fish and Otilia who will invest in the purchase and sale of cattle.