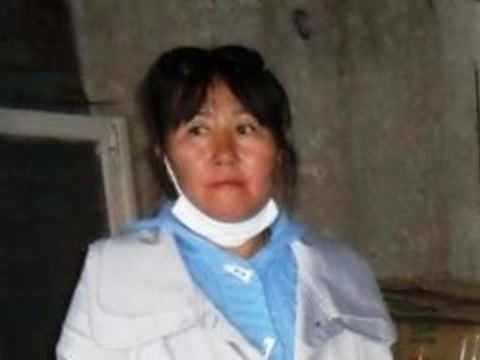 Altankhuar's loan finished fundraising, but these other borrowers need your support

A loan helped to cover the cost of replacing windows in her house and reduce heat loss and emissions.

Altankhuar, 44, sells the meat and skins of livestock to customers. This business is popular in the Mongolian market. She has been running her business since 2006. She buys the skins from the rural households and herders and sells them to the customers in urban areas. Bringing the livestock meat and skins to the city is very expensive. She lives with her son and daughter in an apartment in Kherlen, an eastern city in Mongolia. Her daughter works as a vendor in the grocery store and her son attends the secondary school. Altankhuar is requesting a loan to buy the building materials to renovate her apartment rooms. She is planning to replace the windows of her rooms with better insulated windows. It is very important to reduce the heat loss and emissions through the windows. In the winter, she uses the furnace with coal to warm her apartment. But using the coal creates too much air pollution. Although Mongolia has the lowest population density in the world, it is one of the most polluted countries in the world. This is due to the long and cold winters where temperatures frequently go below -40C (-40F) even in the cities. Also, in the summer, many parts of the country are extremely cold and are known to have snow storms. Both homes and nomadic tents burn a lot of fuel and emit huge amounts of pollution every night from families just trying to stay warm. In response to this, Credit Mongol offers Green Loans to their clients to make home improvements that reduce heat loss and improve heating systems. We believe that together we can decrease pollution and the harmful effects it has on the environment and Mongolians' health.