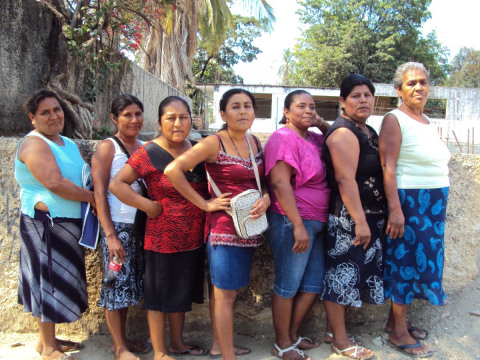 Patria Nueva Group's loan finished fundraising, but these other borrowers need your support

A loan helped to buy perfumes to sell.

This group is called Patria Nueva and consists of seven hardworking, unassuming, indigenous women who want to improve their businesses. They are natives of a town called Patria Nueva where citizens are dedicated to cattle, agriculture and mining. Their dances are Chilean and they celebrate the festival of San Martín on the 21st of January. This is an area rich in fauna and flora. One of the members of the group is Sra. Josefa, 71, who is known for her friendliness. She is happily married to Sr. Isaías, a kind, hardworking man, who is a farmer. Doña Josefa has been selling clothing for five years, chickens for three years and perfumes and cosmetics for five years. She says she sells her perfumes in neighboring towns such as Nueva Esperanza, El Santo, El Guayabo and El Platanillo. She decided to start her businesses because she enjoys working and being an independent woman. One of her dreams is to grow her business. She wants to sell perfumes wholesale to make more profit. For being one of the best sellers of perfume, she had the experience of winning a six burner stove. That has motivated her to continue selling since they have recognized her work. She requested this loan in order to purchase more perfumes to sell retail. The other members of the group are: Hilda, who sells Mexican snacks, Lucrecia, who also sells Mexican snacks and Josefa, who sells Mexican snacks, as well; Ignacia, who sells tacos; Irma, who sells soft drinks and Lorenza, who also sells soft drinks. They thank you for helping them to improve their businesses and provide their children with a better life.