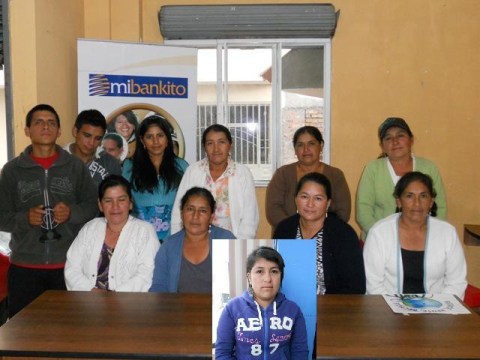 Toquilleras (Sigsig) Group's loan finished fundraising, but these other borrowers need your support

A loan helped to buy chickens.

The communal bank Las Torquilleras is composed of 9 female and 2 male members. They live in the canton of Sigsig which is located in the east-central part of the province of Azuay. The climate there is good to plant apples and other fruits, and the people work making the world-renowned straw hats from toquilla (the straw used in Panama hats). They also work in animal husbandry and agriculture and they maintain their culture and traditions. Like others in the province, these members work in various economic activities that permit them to pay their household expenses. They are friendly people, kind and with very warm hearts. One of the members of the group is Hortencia. She is 40 years old, is married and through her conjugal union has conceived four children of 19, 16, 14, and 12 years of age. Her first three children are studying in high school and her last child is in a small school in her town. Her husband works as a gardener. The house in which they live is their property. For 20 years Hortencia has worked in making hats from toquilla straw, an activity that she learned from her parents as it was done in her house. She also raises animals such as guinea pigs, sheep, and pigs. This is her first loan. The loan is made through the communal bank that she was invited to join by her friends and neighbors. She is going to invest her loan in the purchase of chickens. Her goal is to have a store in her house. The small photo is of a member who could not be present when the group photo was taken.