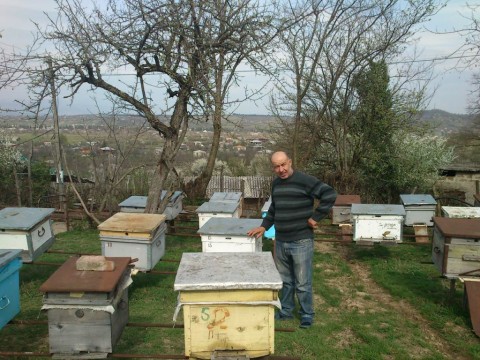 Enver's loan finished fundraising, but these other borrowers need your support

A loan helped to purchase medicines for bees.

Enver is 49 years old. He lives in a village of the Baghdati District with his family: his wife, Madona, and their 20-year-old daughter. She is a student. Enver works as bread distributor in a local bread bakery. Madona is teacher in a local school. Along with their main jobs, the family members are busy with a family agricultural business. They have a vineyard with 800 vines. Enver produces wine and sells it in the village. Also the family has 10 beehives with bee colonies. Madona harvests and sells on average 130 liters of honey per year. It is sold in the village. The total average monthly income of the family is 950 GEL. Enver requested a loan to purchase medicines for his bees. They will be used for protecting the bees from various deceases. Also a small part of the loan will be used for purchasing drugs for treating the vines against parasites. As a result of the above mentioned investment, the family will get a better harvest of honey and grapes and increase their income. Enver and Madona will use the increased income for improving their living conditions.