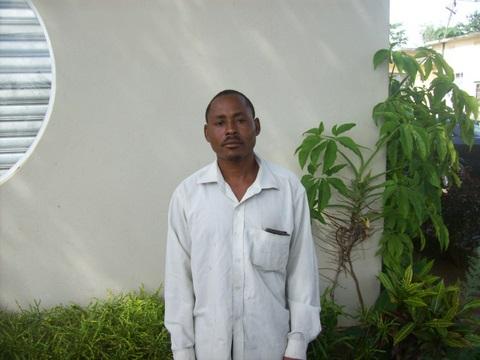 Armando Chenelane was born in Chibuto in the province of Gaza in southern Mozambique. He is married and is the father of three children, all of whom go to school. He studied through seventh grade and stopped due to his parents' lack of financial resources. He lives in his own home with his family and also supports his grandmother, who lives with him. He left Chibuto for Maputo in the district of Boane in search of employment. He has had a business for more than twelve years and sells food. His salary is 4,000 meticals, which he puts towards his home's expenses. He also saves some in his bank account in the BIM bank. He has had loans with Pro-Credit and paid them back without any problems. He became familiar with Hluvuku through a friend who is also a client of the institution. This is his fourth loan with Hluvuku in the amount of 15,000 meticals, which he will use to buy products to increase his quantity of merchandise (flour, rice, oil, beans, peanuts, etc.). His previous loans were for 7,000, 14,000, and 15,000 meticals, and he put them towards his business. He promises to make his payments on time. In the future, he wants to finish his home, for which he plans on requesting more loans from Hluvuku.