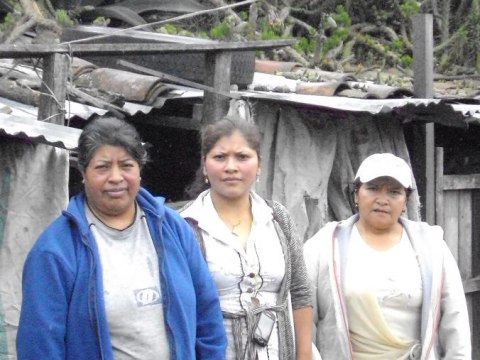 Juana, the lady in blue, is 48 years old, married, and mother to a 16-year-old girl. She describes herself as hardworking and honest. She began her business about twenty years ago, when her husband lost his job and was having a tough time finding another one. Juana now works with her daughter and her two friends, Maria Isabel and Johana, raising and selling pigs. Juana hopes that this loan will help her expand her business by allowing her to buy more pigs and sell them at a faster rate. She hopes that in the future she can save enough money to buy a plot of land on which to establish a pig farm, something which would further stabilize her family's income.