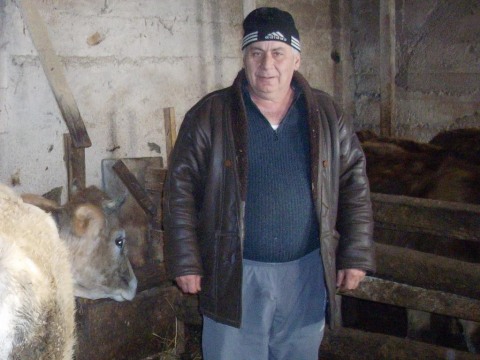 A loan helped to construct a new cattle shed.

Hrachik does farming in the village of Geghi, in the Syuninskiy region during many years. He breeds large horned cattle and also grows fruits and vegetables. Hrachik's wife helps him in the farm and together they make cheese, butter and matsoni from the milk. Large part of the dairy products, meat, fruits and vegetables are sold to Hrachik's regular customers. Hrachik is 54 years old and lives in the village of Geghi. He is married and has three children: two daughters and one son. Hrachik's son is married and lives separately from the parents. Both daughters study in college on the paid tuition. Thanks to the farming business Hrachik is able to support his family and pay for their daughters' education. Hrachik used to work as a driller on the mining and processing plant. Hrachik needs a loan in the amount of 1,000,000 dram to build a new and more reliable cattle shed for his large horned cattle herd.