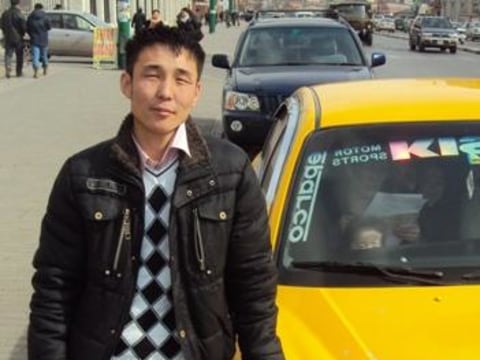 Baasan-Ochir's loan finished fundraising, but these other borrowers need your support

A loan helped to cover the remaining cost of purchasing a new car for his taxi business.

Baasan-Ochir, age 30, lives with his 24-year-old wife and two sons who are four and two years old. They live on his father’s property in Ulaanbaatar, the capital city of Mongolia. Since 2003, he has been running a taxi service with a car he bought from a taxi company. Depending on the season, his earnings are good. It is the main source of income for this young family. Lately his car has become unpredictable and inappropriate to use for taxi service. It has high fuel consumption, and he thinks the cost of fuel may have started to be greater than his earnings from the business. Therefore, he has decided to change his vehicle to a new one that does not have such high fuel consumption. He has saved some money toward this purpose, and the loan he is taking out will be dedicated to coverIng the remaining cost of purchasing the new car for his taxi business.