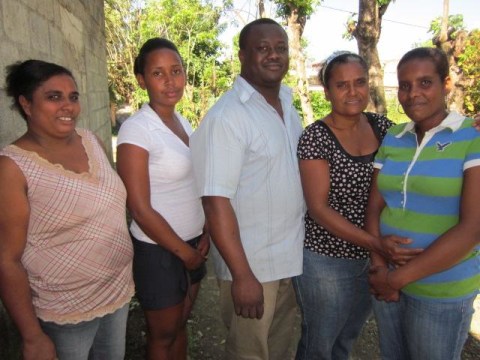 A loan helped to buy computer parts and cameras.

Jose is the coordinator of his group "Mujeres de Debora" group 3. This group is located in the city of Puerto Plata whose population is made up of Dominicans and Haitian migrants. The region's economy is dependent on the rum industry as well as tourism and real estate. It was the first tourist destination in the Dominican Republic and is one of the biggest sugar producers. Jose is running a cybercafe, where he offers computer services such as internet, homework search, and also photocopying. He also sells parts and cameras. Jose makes his home in a simple structure. He is a single man, and one of his greatest dreams is to get married and become a man of God. Also he wants to have a successful business. Jose is excited to be taking his first loan. His business has been here around five years, and he started it when he stopped working for a company. He plans to use this loan to purchase computers parts and cameras. He will use the profits to reinvest in his business. His long-term goal is to reinvest in his business. He said his most difficult challenge has been to overcome an illness. He thanks you all for your support.